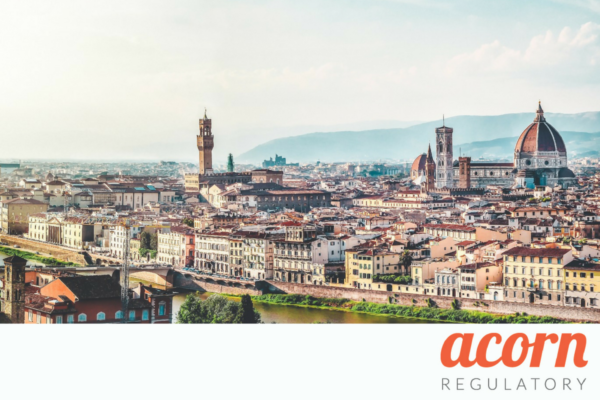 British Prime Minister Theresa May’s speech in Florence is being seen by many people as yet another reset of the seemingly never ending quest to define what Brexit actually means.

The Florence speech, ostensibly an opportunity to present the UK’s position on a transitional deal, has ramifications for the regulatory sector.

Firstly, the concept of a transitional period is one that has been mooted for some time since the June 2016 referendum.  Now, it has taken on a greater significance because of the infighting, backstabbing, machinations (delete where applicable) within Theresa May’s own cabinet.

Many feel that the over maneuvering by Foreign Secretary Boris Johnson to get the type of Brexit that he wants is part of a wider power play to bring about a no-deal, no-transitional-period, and no-divorce settlement break with the European Union.  Whichever power player is victorious it needs to be pointed out that there will be implications for every industry including the life sciences sector.

If a transitional arrangement comes to pass there will be a reduction in the pressures placed upon companies to work out new arrangements in a short space of time.  Companies will have longer to adequately prepare to move marketing authorisations, EU Authorised Representatives, EU QPPV’s and more.  Such an arrangement will also enable the EMA and the MHRA to ensure that adequate time is given to ensure that structures are in place to support regulatory professionals once the ultimate split happens.

In the event that Boris Johnson and his acolytes prevail, the implications for the life sciences sector are more severe.  A no-deal departure in approximately 18 months could cause havoc for the supply of medicinal products and devices into the UK.  While those of a jingoistic bent might shrug and ask for common sense to prevail, it is possible that such an approach would have a catastrophic effect on the UK health system.

Acorn Regulatory‘s Brian Cleary look at this issue in this brief video blog.

The COBCOE report referenced in the video above can be read here.

And finally (for something more lighthearted), why is Theresa May speaking in Florence and not London?  Florence has, historically been a bustling centre of trade at the crossroads of Europe. She is speaking there to show that Britain still wants to be European, its that they just don’t want to be part of the EU.  However, has no one told her that in 1512 Niccolo Machiavelli, a noted Florentine, was purged from office and sent into exile after failing to prepare adequately for a battle with European powers?

Updates from the speech

The overall speech did little to stir the hearts of Brexiteers. It did, however, look to assuage the fears of many (as referenced in the video above) that the UK might become a haven of deregulation in an effort to prosper after Brexit.  The British Prime Minister spoke of her desrire to see the UK match or better current regulations to ensure that the public remains protected.  Furthermore, her comments regarding moving away from the ECJ leave no doubt that the UK will no longer be aligned with the EMA.

Stay in touch with the latest Brexit news for the regulatory affairs sector on our website by clicking here and sign up below to receive our monthly newsletter.