Implications of Brexit for the Medical Device Sector

In this extract from our first Brexit whitepaper, written in July 2016, we look at the implications of Brexit for the medical device sector. 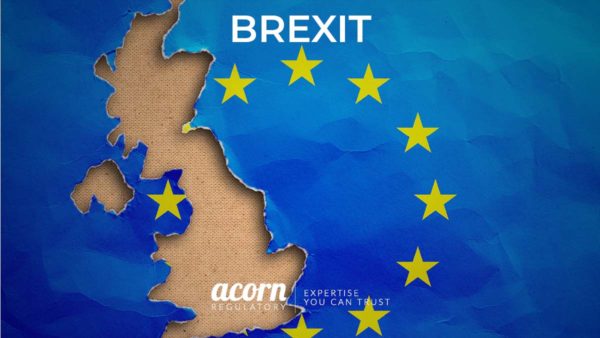 Editors Note:  This article, part of our first Brexit whitepaper reflects the thinking of the sector just after the UK had voted to leave the EU in 2016.  We have consistently updated our clients since June 2016 on all issues relating to Brexit.  You can access our extensive library of Brexit articles and whitepapers by clicking here.

The future implications of Brexit for the medical device sector are yet to become clear. There is one certainty: until the UK exits the EU, the IVD and medical device directives apply, and CE marked goods will continue to be certified and traded as they have prior to the referendum.

In the future, if the UK opts to become part of the EEA (like Norway), the free movement of medical devices under the CE Mark system will continue. This option would have minimal impact and would be comparable with the current system. Other potential options could be to set up a mutual recognition agreement with the EU for trading of CE marked medical devices; or to trade with the EU under a special agreement or World Trade Organisation agreement.

The UK-based Notified Body, BSi, has issued a statement where they have stated that they anticipate that they will remain a long-term major EU Notified Body as there are existing mechanisms in place for non-EU countries to participate as EU Notified Bodies.

The reluctance of both EU and UK officials to trigger Article 50 means that the timescale to prepare for an eventual exit is being elongated on a daily basis.  It must be noted that the referendum was an advisory vote rather than a constitutional amendment.  As such, it may take many months or years for ‘Brexit’ to complete its passage through the Houses of Parliament.

Despite the uncertainty of the situation please be assured that our team is keeping abreast of the situation to ensure that clients in both the pharmaceutical and medical device sectors are protected.  We have a public policy specialist on our staff who will be responsible for tracking the progress towards the EU exit and assessing the implications for our client companies.

If you would like to have a discussion about how we could help your company to navigate the uncertainty posed by Brexit then please get in touch on 00353 52 61 76706.

Will Clinical Trials Be Impacted By Brexit?

How will clinical trials be impacted by the UK’s decision to leave the European Union?

The United Kingdom’s decision to leave the European Union (EU) will present significant implications to the pharmaceutical industry. Clinical trial sponsors and associated partners should be prepared for a variety of scenarios arising from Brexit which could impact on the manufacturing, licensing and distribution of health products between Ireland and the UK.  Read the full article here.

The currently expected Brexit day of October 31st 2019 is approaching and with a no-deal or cliff edge Brexit a very real possibility, there are several key areas for medical device companies to consider in terms of impact to their business in the event of a no-deal Brexit scenario. We wish to highlight here two areas for consideration for the medical devices sector:

The results of the 2019 European Parliamentary elections in the UK point to a divided country.  However, the recently formed Brexit Party have secured a significant vote at the Conservative Party’s expense. Now, as the Conservative Party seeks to regroup and select a new leader, the likelihood of a ‘no deal’ exit has further increased.   The seventh Acorn Regulatory Brexit whitepaper looks at the impact of a no deal Brexit departure from the EU on a number of sectors. Read the full article here.
©2021 Acorn Regulatory Consultancy Services Ltd. Company Registration No. 397294 VAT Registered No. IE 6417294V
Designed by
This website uses cookies to improve your experience. We'll assume you're ok with this, but you can opt-out if you wish.Accept Read More
Privacy & Cookies Policy