The Future of the European Medicines Agency

It could be argued that the European Medicines Agency is a bell weather for the plight of the Brexit negotiations. The Canary Wharf based agency is at the centre of much wooing from EU member states while the UK does its best to hold on to the regulator. 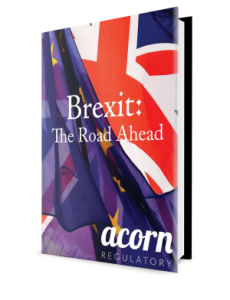 This is an extract from our Brexit whitepaper ‘The Road Ahead’. Download the whitepaper by clicking the cover image above.

In reality, the agency will be leaving 30 Churchill Place before too long. Negotiators, led by Michel Barnier, will be reluctant to allow other countries that are questioning their membership of the European Union to believe that exiting is without pain. The highly sought after agency, with its 885 staff, is indeed the bell weather of the EU’s strength and it will not be allowed to remain in London.

In our second Brexit whitepaper we outlined the ‘runners and riders’ in the race to host the agency. Just three months on from writing that piece there is now a frenzy of competition from cities seeking to welcome the EMA. Denmark, Sweden, Finland and Germany now see themselves as the most likely venues for the EMA. Many people believe that the political uncertainty that has deepened in Italy has done much to scupper Milan’s claim to be the next location. Matteo Renzi’s resignation as the 65th post war Prime Minister of Italy and the continuing growth of Beppe Grillo’s Movimento 5 Stelle (Five Star Movement) have negatively impacted on Milan’s hopes. In particular, Grillo’s self proclaimed leadership of the group and its vociferous Eurosceptic policies would do little to assure those deciding on the EMA’s fate that Italy has a long term future as a member of the EU.

Dublin’s capacity to play host must also be in some doubt based on the comments by EMA Director Guido Rasi that “wherever the agency goes next, it must be near an airport and hotels that can provide 350 rooms per night, five days per week”. Dublin already has a much publicised housing shortage. It also has a hotel room shortage with industry estimates that Dublin needs an additional 3,000 to 5,000 extra rooms to meet anticipated demands.


As a result of current demand, Dublin has one of the highest hotel occupancy rates of any European city. Added to that, the transport infrastructure linking Dublin airport to the city centre lags behind European counterparts. This must place Ireland’s capital at a significant disadvantage in the competition.

Stockholm is regarded by many as now being the most likely location for the agency.

One of the arguments put forth most frequently by pro-Brexit supporters seeking to maintain the EMA in the UK capital is that such a move would cause serious
disruption to the largely British workforce at the European Medicines Agency. However, that argument seems to be moot based upon information uncovered by  current affairs magazine Private Eye:
“Local staff tend to be heavily over represented in EU agencies….but at the EMA, Brits are under-represented with about 65 posts, significantly less than the French, Italian and Spanish contingents” (Private Eye, November 25th 2016, p5).

Guido Rasi, speaking to The New York Times in December 2016, highlighted the potential impact that moving the agency might have on public health:

The uncertainty has left the agency’s executive director, Guido Rasi, “very worried” as experts start to quit and others are recruited away.

“…the consequence, and the direct impact on the public health, is my main concern,” Mr. Rasi said, in a room overlooking London’s old docks…….Imagine if we are late in reaction for some crisis, something going wrong, something unexpected, some quality issue,” he added. “If we are not in a position to intervene fast and efficiently,” he added, “that is a serious threat to public health.” (New York Times, December 25th 2016)

It is almost inevitable that the EMA will be moving, but to where? It will be gifted to an upstanding member of the (European) community. In an era where populist politicians decry the European Union and other states loosely interpret community taxation laws the number of prospective recipients is ever shrinking.

This is an extract from our third Brexit whitepaper ‘The Road Ahead’.  You can download the whitepaper and read it in full by completing your details below.