Analysis of the Milan Bid To Host The EMA 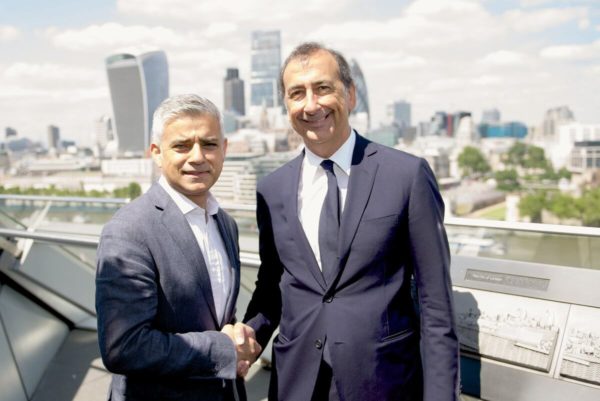 Much has happened politically since the Mayor of Milan travelled to meet with his London counterpart. Politics has woven a strange course in numerous territories, including Italy, and the decision about where to place the EMA next is going to be a largely political decision.

The last few years have been a politically turbulent time.  In Europe there has been the growth in popularity of personalities and parties of the far right.  France has Le Pen, the UK has Farage, the Netherlands has Wilders and Italy has Beppe Grillo.  Common among these politicians and there parties is the stated desire to leave the EU or, at least, to throttle its impact on their respective states.  The reasons that many are seeking an escape route from the EU are well documented (and particularly in this excellent BBC documentary presented by Katya Adler).  Italy’s consistently perilous democracy faced a referendum in 2016 and a subsequent election.  During the course of both exercises there was consistent coverage about the ‘Five Star Movement‘.  The party, led by Beppe Grillo (a professional comedian) is eager to remove Italy from the EU.  They believe that much of Italy’s decline can be attributed to the embarkation of the EU on the single currency project and the overall European project. For now, there is a belief that the ‘Five Star Movement’ has peaked.  Recent (June 2017) regional elections saw the party lose votes and seats in a number of surprise defeats.  Italy faces another election within a year and many believe that the spectre of a ‘Five Star Movement’ in power has abated.

Milan has proposed that the European Medicines Agency will be located in the Pirelli Building, an iconic Milan skyscraper.  The building has been bereft of a purpose since the regional assembly decamped to the Palazzo Lombaria in 2010. It now hopes to utilise the building to house the 900 staff and the thousands of weekly visitors in the building.

Milan’s bid might also be scuppered by the prevalence of EU agencies in close proximity to Milan.  The Joint Research Centre, the European Commission’s science and knowledge Directorate General is based 50km north of Milan.  The European Food Safety Authority is based 120km away from Milan and the European Training Foundation is 140km west of Milan.  Reasonable individuals might view such a concentration of European bodies as an opportunity for synergies.  The majority view will be that Milan and environs are super served by European agencies and, as such, it cannot expect to gain another. Again, politics will play a greater part in the process than many might feel necessary.

Finally, while the Italian bid is professional and acceptable to many, it will be the vagaries of previous and current political decisions that might derail its EMA bid.