In this blog, Brian Cleary looks at the comments of British Chancellor Philip Hammond regarding the Brexit Transition Period.

Philip Hammond’s comments this morning on the BBC Radio 4 Today programme did not completely take me by surprise. The British Chancellor has long been a proponent of a cautious and soft Brexit. He has advocated for a sensitive approach as opposed to those in the cabinet who have sought to cut ties completely on March 30th 2019. 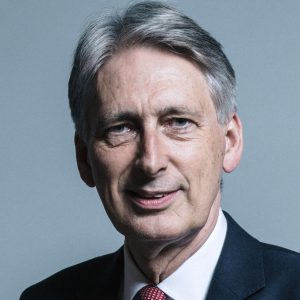 The British Chancellor of the Exchequer, Philip Hammond MP, was speaking on the BBC Radio 4 Today programme about a transitional arrangement.

Nevertheless, will his quest for a transition period no longer than three years really come to pass? The British cabinet is, in my opinion, in disarray. Never, in our lifetimes, has there been such a variety of opinions; more often than not at odds with stated government policy. This tendency to speak ones mind has cause to be known as ‘freelancing’. Every day brings another example of ‘freelancing’ in action. It is happening for one reason only: lack of authority. The Premiership of Theresa May is running on borrowed time. Her authority is significantly impaired and it is, again in my opinion, only a matter of time before her time in Downing Street comes to an end.

So, where does this leave companies who have faced 14 months of uncertainty since the referendum result? Any company based in or trading with the UK will have cause to be unsettled by the charade that has played out in the last 14 months. However, it is the life science sector that, I believe, has most cause for concern. The industry that develops and delivers life saving and life changing treatments has had to deal with considerable uncertainty regarding their ability to recruit and retain staff, regulatory issues regarding marketing authorisations and the positioning’ of EU QPPV’S/ EU Authorised Representatives. The turmoil that has been visited upon them will, regardless of outcome, set the industry back in many ways. Resources and leadership that could have been directed to drive innovation and deliver benefits to patients have been seconded to deal with an issue that grew out of the need for the Conservative Party to quell an appetite from many within its own ranks to move to UKIP.

Will the softer tone placate the sector? I think not. Rather, it will engender a feeling that the British government really does not know what it is doing and it will, I believe, encourage more companies to seek certainty. This will result in further companies departing from the UK for more stable locations where they will be able to function without the nuisance of having to consider the incessant vagaries of a ruling political party that is at war with itself.

Anecdotal evidence would suggest that more companies are transitioning mission critical functions out of the UK.  I speak to companies on a daily/almost daily basis that have made or are making plans to relocate to Ireland, Belgium, Netherlands or elsewhere in the EU. They tell me, time and again, that they can not work in an environment where there is such uncertainty.  That, in any industry, is extremely understandable.

What now for life science companies still considering their options? In our inaugural Brexit survey in Feb-April 2017 twenty-seven per cent of companies said that they had no Brexit strategy in place.  If that survey were to be taken again today, I believe that the figure would be considerably smaller.  Most companies seeking consistency, reliability and peace of mind are still looking to take the mission critical elements of there businesses out of the UK . They have a responsibility to shareholders to do it and an obligation to the end users of their products to ensure consistency of supply and availability.

Finally, will there really be a transitional period?  That is not for Britain’s ruling political party to dictate.  The true balance of powers rests with Monsieur Barnier and his colleagues.   It is for him to grant this to the opposing negotiating party.